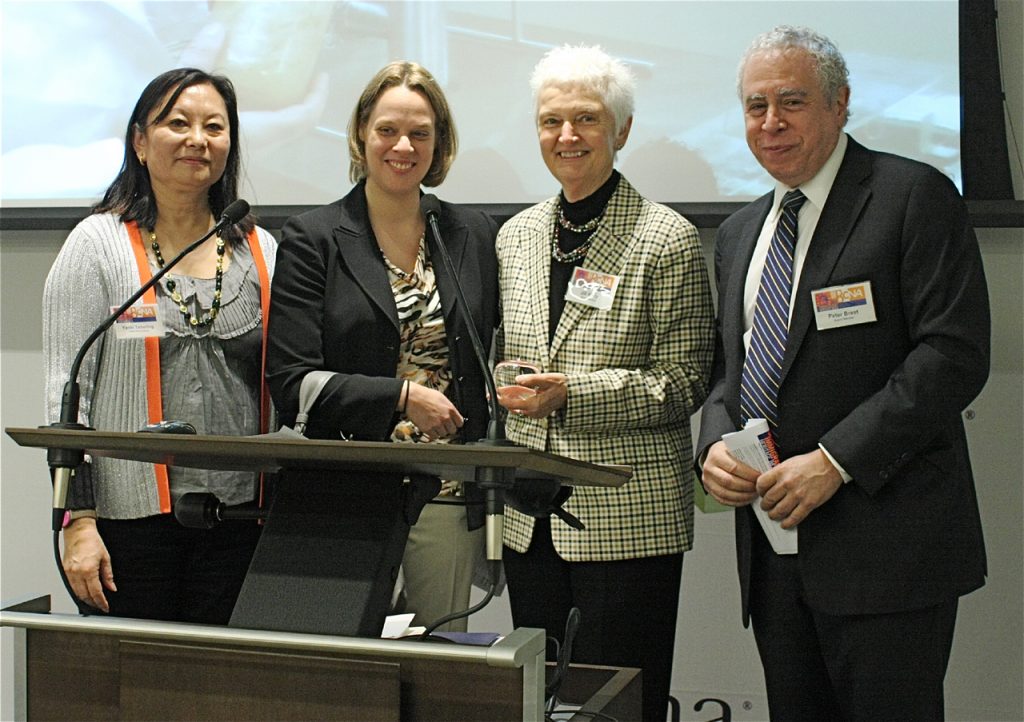 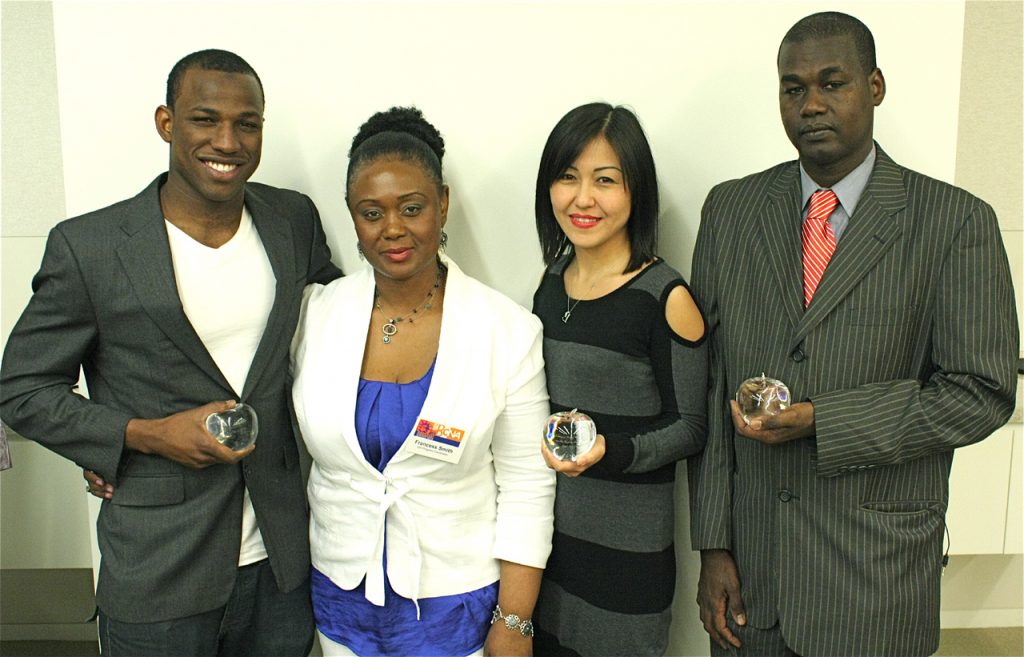 Mr Danielov immigrated to the United States in 1990 from the Former Soviet Union, and applied his considerable knowledge of biology and chemistry to create BIONOVA, a skin care manufacturing, retail, and wholesale company.  While still in the Former Soviet Union, Mr. Danielov spent more than 25 years doing research about how biologic systems (including skin cells) communicate and react to external stress conditions.  This knowledge set the foundation for BIONOVA, founded in 1997.  BIONOVA’s products are offered at high-end salons, department stores, such as Barneys. BIONOVA is a growing enterprise which currently employs four full-time and three part-time employees.

Abou came to the United States from Mauritania in 2009 as a refugee, having worked for a British petroleum company that was asked to leave by the government. Arriving in New York, he found shared-housing with other Mauritanian refugees in Brooklyn and immediately began his entrepreneurial business career. After starting two small clothing and accessories stores, Mr. Dia decided to explore opportunities in the telecommunications sector. Through his refugee colleagues, he learned about the Business Center for New Americans and enrolled in its Individual Development Account Program (IDA). Mr. Dia used the proceeds of his Individual Development Account, and a loan from BCNA, to start his telecom company, Kinxtel, which offers PIN-less long distance calling, smart phone bill paying, and money transfers, as well as wholesale opportunities for ‘resellers’ of phone minutes.

Samal came to the United States from Kazakhstan in 2009 as a refugee, first living in New Jersey, then settling in Brooklyn. With a Bachelor’s Degree in Human Resources Management from her home country, Ms. Nur continued her education in the U.S. by studying English as a second language at a local community college while waitressing and working as a hotel front-desk clerk. Ms. Nur enrolled in BCNA’s Individual Development Account (IDA) program and used her hard-earned savings and IDA program match to attend the Aveda Beauty Institute in New York City, where she attended school full time for seven months and graduated with a Cosmetology Certificate. After finishing school in October 2012, Ms. Nur secured full-time employment at a prestigious Chelsea salon which provides benefits as well as a good salary.

Abdul came to the United States as a refugee from Guinea in 2009 and joined his father, who was already living in Brooklyn. With a high school education and some mastery of English, Abdul soon found part-time cashier work, and enrolled full-time in community college to study criminal justice. Learning about the Business Center for New Americans through his father, a former client, Abdul participated in The Basics of Money and Assets workshop to qualify for the Individual Development Account Program. He successfully saved the maximum amount allowed by the program and received a dollar-for-dollar match from the government. With the proceeds of his IDA account, Abdul purchased a personal computer and an I-Pad to support his college studies. Abdul looks forward to graduating later this year and finding full-time employment in the criminal justice field.

Panel Discussion: “How Mobile Technology Can Boost Your Business.”

Foulis Peacock (Moderator) — Foulis is the creator of IMMPRENEUR.com, an online source of information for immigrants and other entrepreneurs. Foulis immigrated from London to this country 20 years ago. Upon arriving in New York City, he used his “foreign advantage” to become a contractor with Fortune magazine.  Soon after, he and a partner started a media representation company whose clients included Fortune, Money, and Forbes magazines. They then launched DiversityInc Media LLC in 1998. In 2009, IMMPRENEUR.com was conceived. Foulis is a board member of BCNA.

Reshma Saujani — She began her career as an attorney and activist. In 2010, she surged onto the political scene as the first Indian American woman to run for U.S. Congress. During the race, Reshma visited local schools and saw the gender gap in computing classes firsthand, which led her to start Girls Who Code. Reshma has also served as Deputy Public Advocate for New York City and ran a spirited campaign for Public Advocate in 2013.

Deepti Sharma Kapur — Deepti is the CEO of Food to Eat and is one of New York City’s upcoming entrepreneurs and internet visionaries. She launched her online business foodtoeat.com in early 2012. Deepti, a business major in college, developed the idea for her business while studying for the LSATs.  Foodtoeat.com is New York City’s newest food delivery and pick-up website, and the only one to include food carts and trucks. Deepti was named as one of 30 under 30 in the Food and Wine Sector by Forbes Magazine. Deepti, a board member of BCNA, is passionate about helping food vendors to use technology and social media to manage their business.

Thomas Ko — Thomas manages all portfolio of mobile products for Citi Transaction Services (CTS) covering 90 countries. He has led a mobile money acceleration alliance with US Agency for International Development (USAID) which targets to bring world’s aids to the unbanked via mobile money capability to 9 countries. He is also the inventor of a patent pending mobile collection solution called ‘Cash to Mobile’ launched in South Korea, India and China. Thomas emigrated at the age of 19 with his family from South Korea to the United States where his mother got a job and a visa from a clothing factory in Northern Virginia. He graduated from the University of Virginia, then Stanford University. As the first Korean ever selected for Citi’s Diversity Leadership Program in North America, Thomas helps pave the way for other immigrants, and minorities to bring diverse impacts the corporate banking world.

Yevgeniy Mordkovich — Yevgeniy is an immigrant from Lithuania who arrived in the U.S. in 1998, settling in Brooklyn. After creating several technology and marketing related companies, he learned about the Business Center for New Americans and successfully applied for and secured a microloan to support EVELO, an electric bicycle development and distribution company. Founded in 2011, EVELO’s bikes are stylish and feature a variety of unique technology features. Lithium batteries in the bike provide a range of up to 40 power assisted miles or 20 electric-only miles, meeting the needs of its target audience of baby-boomers who want to stay active, commuters biking between 3 and 20 miles one-way, health conscious consumers, and families with members of different fitness levels.